Biology Basics: The Story of IBD

In order to understand Inflammatory Bowel Disease (IBD), you must understand the biology and some of the systems that make up our body and how they relate to the disease.

The First Word In IBD – Inflammatory

Inflammation is a defense mechanism in the body. The immune system recognizes damaged cells, irritants, and pathogens, and it begins the healing process.

The Second Word in IBD – Bowel

Bowel refers to the digestive system, which is made up of the gastrointestinal tract—also called the GI tract or digestive tract—and the liver, pancreas, and gallbladder. The GI tract is a series of hollow organs joined in a long, twisting tube from the mouth to the anus. The hollow organs that make up the GI tract are the mouth, esophagus, stomach, small intestine, large intestine, and anus. The liver, pancreas, and gallbladder are the solid organs of the digestive system.

Bacteria in your GI tract, also called gut flora or microbiome, help with digestion. Parts of your nervous and circulatory systems also help. Working together, nerves, hormones, bacteria, blood, and the organs of your digestive system digest the foods and liquids you eat or drink each day.

Digestion is important because your body needs nutrients from food and drink to work properly and stay healthy. Proteins, fats, carbohydrates, vitamins, minerals, and water are nutrients. Your digestive system breaks nutrients into parts small enough for your body to absorb and use for energy, growth, and cell repair.

The Third Word in IBD – Disease

A disease is a particular abnormal condition that negatively affects the structure or function of part or all of an organism, and that is not due to any external injury. Diseases are often construed as medical conditions that are associated with specific symptoms and signs. A disease may be caused by external factors such as pathogens or by internal dysfunctions.

Inflammatory bowel disease (IBD) is a term for two conditions (Crohn’s disease and ulcerative colitis) that are characterized by chronic inflammation of the gastrointestinal (GI) tract. In IBD, the immune system responds incorrectly to environmental triggers, which causes inflammation of the gastrointestinal tract. There also appears to be a genetic component—someone with a family history of IBD is more likely to develop this inappropriate immune response.

Crohn’s Disease can affect any part of the GI tract (from the mouth to the anus)—Most often it affects the portion of the small intestine before the large intestine/colon. Damaged areas appear in patches that are next to areas of healthy tissue. Inflammation may reach through the multiple layers of the walls of the GI tract. Inflammation in the small intestine of a person with Crohn’s disease can interfere with the digestion and absorption of nutrients. Incompletely digested food that travels through the colon may cause diarrhea and abdominal pain. 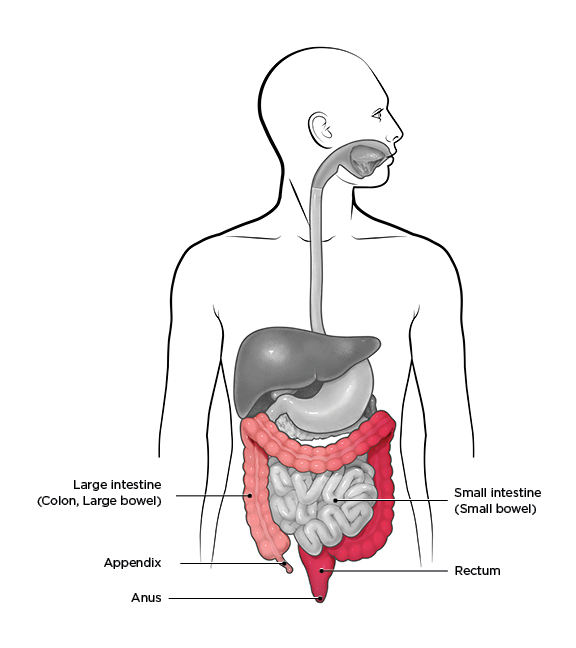 Ulcerative Colitis occurs in the large intestine (colon) and the rectum. Damaged areas are continuous (not patchy) – usually starting at the rectum and spreading further into the colon. Inflammation is present only in the innermost layer of the lining of the colon. In a person with ulcerative colitis, the small intestine works normally, but the inflamed colon does not absorb water properly, resulting in diarrhea, increased urgency to have a bowel movement and increased frequency of bowel movements.

The Immune System and IBD

Recent Posts from the IBDCoach Blog

Due to long-term steroid use and inflammation, half of all patients with IBD will show a significant reduction of their bone mass during the course of their disease. In this blog, we explain why that is and what you can do to monitor and improve your bone health. If...

Andrew's Food PostsApril 19, 2021 To continue our love of oats here at IBDCoach, I'm starting my week off with a bowl of creamy steel-cut oat porridge. Packed with beta-glucans (a soluble fiber) and a low glycemic index (digesting slowly), oat porridge is simple to...

“CRP, ESR, FCP, oh my!” There’s nothing like a bowl of three-letter alphabet soup to make it feel like we’re not in Kansas anymore. If you’ve been diagnosed with IBD, then you are no stranger to the range of lab work and tests physicians use to monitor IBD and its...

Fiber: Influential prebiotic for gut health We’ve heard countless stories from our clients about how their doctors tell them diet doesn’t make a difference for their inflammatory bowel disease (IBD). But with recent scientific advances in our understanding of both IBD...

Gluten in our food is a topic that has grown in popularity for both individuals with IBD and the general population. We are living in the age of gluten-free products. Are these always better for IBDers? Considering many gluten-free products are still processed foods...

This Tuesday morning I’ve had the delight of musing about our incredible gut and how this organ exemplifies the old adage in biology that "structure defines function". Our bodies are full of other examples of this: our opposable thumbs allow us to grasp items large...

COVID-19 Considerations for Individuals with IBD